James Cameron represents the pinnacle of film-making. His film Titanic won 11 Oscars, while Avatar holds the record as the highest-grossing film in history.

Cameron selects his projects carefully, accepting the challenge only when he knows he can push the limits of what is possible. This counts not only for his work as a film-maker but also as an explorer.

For Cameron, his Rolex has always been a symbol of the enduring quest to discover the unknown; after accompanying him on countless expeditions over the last 20 years, it has now found its new home deep in the Amazon. 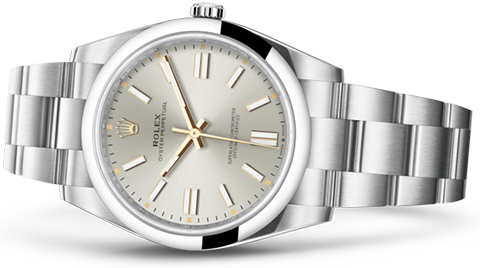 The Oyster Perpetual Cosmograph Daytona is an icon forever joined in name and function to the world of motor sport.

Essence of the Oyster

Watches in the Oyster Perpetual range are symbols of universal and classic style, while offering essential day-to-day functions – hours, minutes and seconds.

When midnight strikes, the Oyster Perpetual Day-Date forms a bridge between past and future, between what has been achieved and what remains to be lived.

On the occasion of the 2022 Formula 1® Hungarian Grand Prix, Petite Genève Petrović proudly hosted an outstanding event with a most special guest of honor, Sir Jackie Stewart.

The reference among divers’ watches

Venturing to the outer limits

Traditionally contested in the United Kingdom during the third week of July, The Open is the fourth and final tournament that make up the men’s annual Majors.