An invisible but revolutionary innovation, resulting from Panerai's continuos research into design and new materials: the first case entirely made of BMG-TECH™ . BMG-TECH™ material of which the case, bezel, winding crown and associated protection device are made - is a metallic glassis a bulk metallic glass with a disordered atomic structure, obtained through a high-pressure injection process at a high temperature, followed by a cooling process lasting for only a few seconds, so that the atoms do not have enough time to become arranged in an ordered, regular geometric structure. The disordered structure of BMG-TECH™ is the secret to its great robustness and extreme resistance to corrosion, external shocks and magnetic fields, and enables it to preserve its appearance virtually unchanged over time. 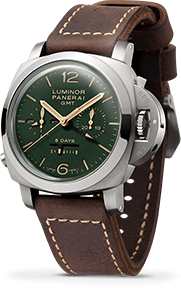 BELGRADE BOUTIQUES ARE TEMPORARILY CLOSED AS A PRECAUTION

Caring for our clients and fellow citizens is priority for our family company.
PETITE GENEVE PETROVIĆ Belgrade boutiques are temporarily closed as a precaution.

Roberto Coin has found the idea of presenting rubies as a discreet style symbol through ancient literature.