As robust as the wearers and tested to the extreme, according to Tudor’s watchmaking philosophy, the Black Bay Dark pays homage to the more than 60 years Tudor has spent perfecting the ideal professional’s watch.

With a history extending back more than a century, the All Blacks are not only the most successful international rugby team of all time, but also one of the most successful and legendary teams in world sport, with a winning Test record of more than 77 percent. Despite being a relatively small country of 4.5 million residents, New Zealand has an enormous pool of talent with rugby coursing through the veins of 150,000 players, and many more supporters country-wide.

With world-class training practices from the earliest age, a daring vision of the sport and enduring values of humility and team spirit, the All Black team towers above the individual star. As a group, they push the game to new heights and to each new generation of players is passed the guardianship of the legend.

Field-tested to the extreme

A rugby game at the highest level where the All Blacks play is is no walk in the park. That’s why it is called a Test match, because it tests you in every way: it tests your physicality, skill level, endurance and mental ability to perform under pressure. 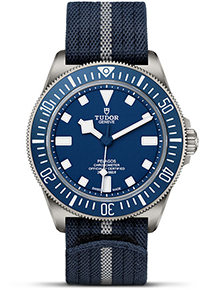 ROLEX AND THE CHAMPIONSHIPS, WIMBLEDON

Rolex first partnered with The Championships, Wimbledon, in 1978. The world’s oldest tennis tournament is the temple of lawn tennis and of the original game. It is also where athletes become legends.

With effect from Wednesday, June 15th 2022, Rolex boutique in Porto Montenegro remains faithfully at disposal with extended working hours – from Monday to Saturday from 13:00 until 22:00.

“A CLASSIC TIMEPIECE, DESIGNED FOR A LADY.” THIS IS HOW SOME MAY DESCRIBE THE OYSTER PERPETUAL LADY-DATEJUST. Maybe they’re right.

TUDOR presents a new technical model with a whole new aesthetic. Named Black Bay Pro, it has a 39-millimetre diameter, a fixed steel bezel and a Manufacture Calibre with built-in GMT function.

On 30 March 2022, Rolex is unveiling its latest creations: watches that shine the light of optimism and innovation on the watchmaking world.