The story behind the diamond

For many years back diamond was and still is beautiful object of craving. However, this mineral passes a long way before it is found in the window of a jewelry store or in possession of wealthy social classes.

The story of the diamond begun in the first century of the new era when ancient Roman naturalist Pliny said: "Diamond is the most valuable, not only of all precious stones, but of all things in the world."

First of all, it should be known that it forms deep beneath the earth under extreme heat and pressure conditions, more precisely, at a depth of 160 kilometers. It comes to the surface or just near to it, thanks to the great force that is acting up from the depths of the earth, and it is "forced" to escape from its hideaway by nature or by human. In order to its true beauty comes to full expression cutting, processing and polishing diamond are obliged at the end.

People began to meet with this stone for the first time in India, a country that traded using this precious commodity in the 4th century BC. The people took diamonds from the river and the stream, but India's resources then gave limited amounts of diamonds for an equally limited market that made up their richest social classes. Step by step, this situation has changed and Indian diamonds have found their way to Western Europe. 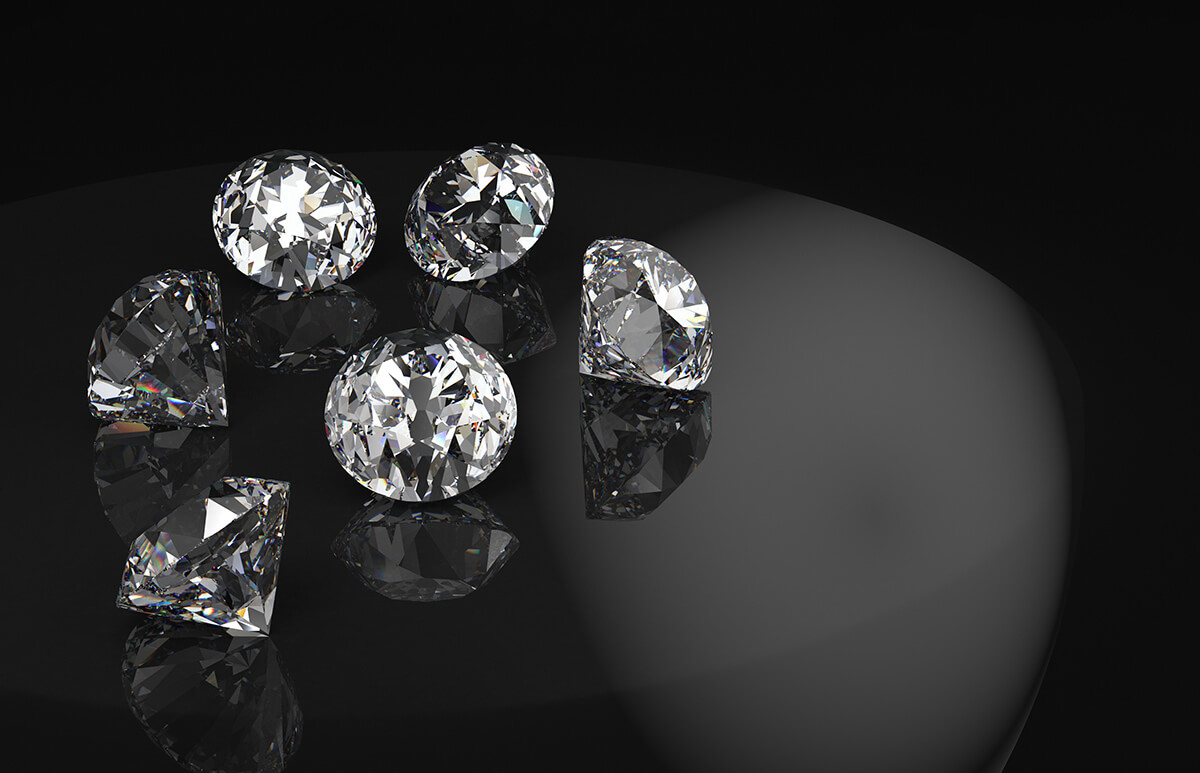 By the time, more precisely by the 15th century, diamonds became a very modern accessor for the European elite.

However, when we look at the research that was done, we can notice that by the 18th century new source of diamond became Brazil. Brazilian people have found diamonds practically by the chance in their search for gold from nearby rivers.

Since then, Brazil has been the leader in the diamond market for more than 150 years.

Apart from changing supply sources, it should be known that the diamond market itself was going through evolution. By the end of the 18th century, the old elite classes had fallen, which were the largest diamond buyers. But it was only temporary, because in the 19th century the abundance began to grow on the other side, in Western Europe and the United States. 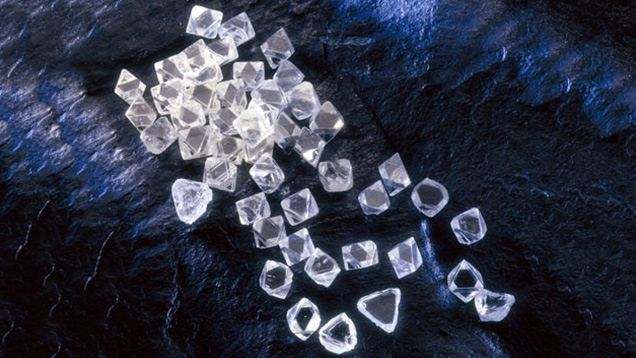 The story of the modern diamond market began in South Africa (Kimberley) in the 1866 where the diamonds were discovered.

Twenty-two years later, in 1888, the businessman Cecil Rhodes founded the De Beers Consolidated Mines Limited mine and by the beginning of the 20th century his company “De Beers” already held about 90% of the world's production of diamonds.

South African sources have influenced many segments of the diamond industry, especially when they started with exploitation from the deep. Considering that the costs were higher, diamond mines were forced to develop more efficient exploitation techniques to survive. This situation created the need for better placement of diamonds and led to the advancement of cutting and polishing technology, which further ensured increased efficiency, reduced costs and improved appearance of fully-processed diamonds.

Special progress in diamond production could be observed through its growth from the 19th century.

Sources of production expanded over time, and by the late seventies of the 20th century, the world's major producers were: South Africa, Zaire (today's Democratic Republic of the Congo) and the former SSSR. In the eighties of the 20th century, Russia and South Africa retained a relatively constant volume of high quality diamond production, while the production of diamonds of lower quality was more than doubled in Zaire.

Since 1982, the world's diamond producers have joined a very productive new mine in Botswana, which was the source of high-quality diamonds. The Botswana mine, Jwaneng, has so much accelerated the production of diamonds in that country that it climbed to third place in the world for the exploitation of diamonds, while the value of diamonds ranks second in the world.

De Beers has addressed the Botswana government with the desire to buy diamonds production in that mine, and Botswana has begun building its own diamond cutting industry.

It is obvious that demand for the production and exploitation of diamonds was worldwide enormous due to the fact that in 1985 it was discovered even in Australia, as well as significant deposits in North Canada in 2000. 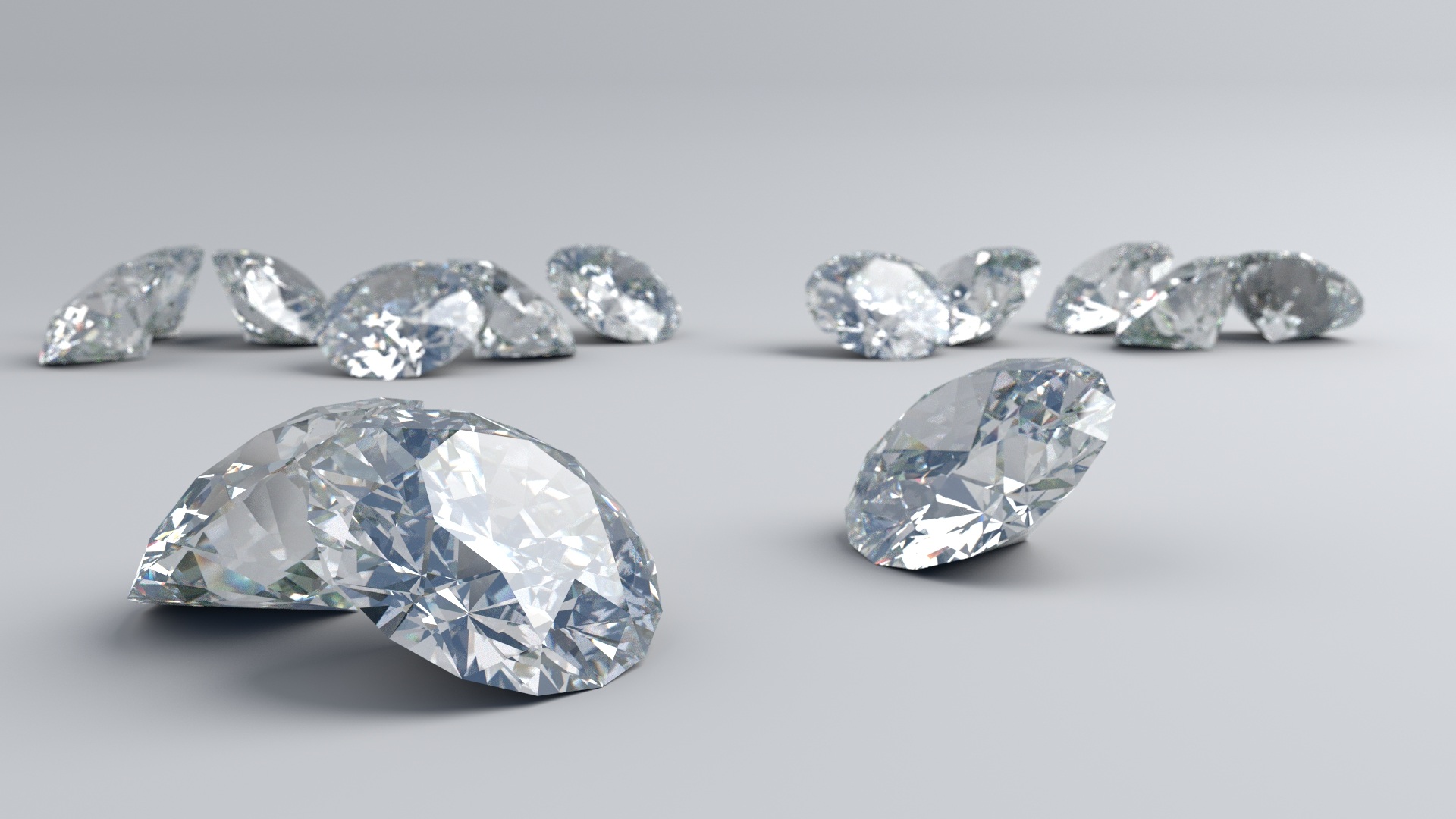 After 1990, the diamond market changed roughly the same as after the discovery of diamonds in South Africa in 1866 and the founding of De Beers. The nineties of the 20th century brought exciting new sources of diamonds and encouraged the dramatic growth of some processing centers. All this happened at a time of unprecedented oscillations in the world economy.

With all the growth of diamonds production and with the change of the entire economy, De Beers itself also had to go through certain processes and today it has very little similarity with the company from 1989.

Knowledge about diamonds is constantly arising and they have been studying for years from experts from various spheres: chemists, physicists, geologists, mineralogists and oceanographers.

In the last 50 years, many scientists have learned how diamonds are formed and which way they have passed before they reach the surface of the earth. Thanks to those findings, it is now easier to predict sites where potentially new sources of diamonds are found.

A moment of Eternity

Diamond is the only gemstone that is created of only one element-carbon.

The formation and properties

The identity of minerals is best described by the way it is formed.

Our Multibrand boutique is located in the hearth of Belgrade and offers brilliant pieces of Tudor, Messika, Roberto Coin i Petrović Diamonds brands

Our Multibrand boutique is located in the hearth of Belgrade and offers brilliant pieces of Tudor, Messika, Roberto Coin i Petrović Diamonds brands